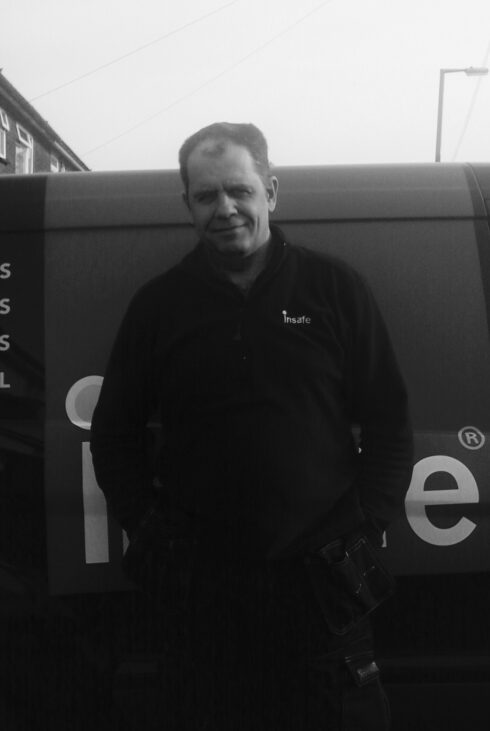 This week we’re introducing another one of our amazing Safe Engineers, who are central to the success of the company. Richard Butcher has been with Insafe for a total of 15 years, but has been a locksmith for the past 27 years, bar a short stint as a policeman!

As a Safe Engineer for Insafe, Richard’s role is varied from simple lock changes to more complicated drill opens. He is also responsible for installing and repairing Access Control systems and providing tech advice to our customer base.

Describing his favourite thing about working at Insafe, Richard says, “Insafe is like a second family, I have made some good friends over the years who make working here such an enjoyment”.

When he’s not working at Insafe, Richard is busy with his other role as District Commissioner for Scouts. He manages and oversees 375 adult leaders and 1300 young people, providing a programme of learning and events for young people from the ages of 6 to 18 years old.

What could be surprising about a safe? You basically use it to store your cash, jewels or any precious items that you own, lock it with a key or a code and that’s that, right?

Actually, there is more to safes than you might think. Here are 10 things you may not know about safes.

Insafe to exhibit at The Independent Hotel Show in Amsterdam

Insafe will be exhibiting on Stand A91 at The Independent Hotel Show, 8th-9th May at RAI Amsterdam.

Insafe exhibited at The Security Event at the NEC in Birmingham, 9-11th April 2019.

The Security Event is a brand new exhibition for 2019 that was created for the commercial and residential market at the traditional home of the UK security industry.

Where are the world’s most secure vaults?

The world’s governments and organisations are in great need of high security vaults and safes to protect all manner of items. Whether it’s for the protection of gold and monetary reserves, precious artefacts or government secrets; take a look at our list of some of the most secure safes in the world.