We are all proud at Insafe that The Security Institute (SyI) recognised the contribution of Insafe and Alan Bullock (CEO and Founder) for years of support towards the Institute, and it’s events, which held a presentation of appreciation at Westminster Abbey on 19 August 2015.

Insafe’s continued sponsorship and support reported by the Institute as achievements which had “gone the extra mile” and an award was presented to Alan Bullock (MSyI) by the Institute Chairman Garry Evanson CSyP, FSyI. 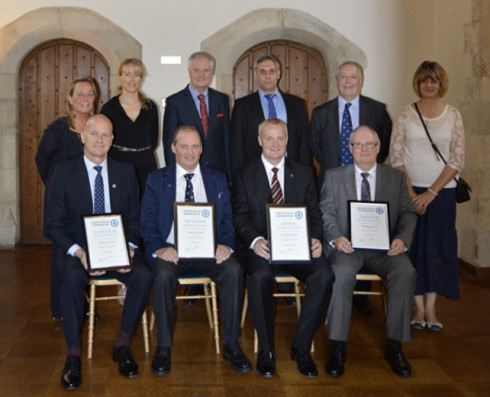 Andrew Nicholls, the Institute Deputy Chairman (MSyI) reported on the ceremony ‘The Institute is a volunteer organisation which is dependent on the support of members who contribute towards its activities.  It also relies on organisations to help sponsor our various events.  It is therefore important that the Institute is able to recognise the special work contributed to its success by its members and supporters.  A large number of our members contribute in some way to the work of the Institute, as do a number of suppliers, so this scheme is designed to acknowledge people who have gone the extra mile and made a really special contribution towards the success of the Institute.  We are an organisation that exists for our members and we also need to acknowledge the generous support of our sponsors’.

The ‘Certificate of Appreciation’ presented to Insafe was selected from nominations within the Institutes membership.